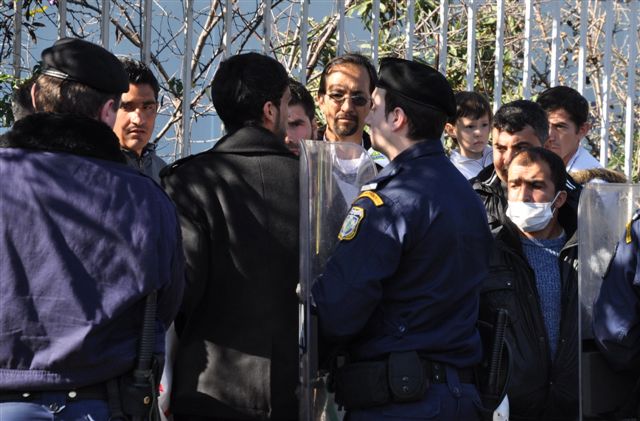 This is an extreme description of the effects of Greece’s dysfunctional asylum system, but one that Athens councillor Petros Konstantinou insists on. “The whole of Greece is becoming a concentration camp with no political rights, with no workers’ rights and [only] the absolute rule of the authorities,” he says. While Petros’ anger is about more than an unjust asylum system, that higher bodies are concerned means this is about more than politics. Earlier this month the European Court of Human Rights’ ordered Belgium to pay a fine for returning an Afghan asylum seeker to Greece. This follows moves by several European countries including the UK, Sweden and Ireland to stop returning asylum seekers to the country. Charities and NGOs talk of a humanitarian crisis. Why?

More than 250,000 “illegal” asylum seekers and migrants live in and around Athens, according to the Red Cross. Many sleep in the city’s grand squares and picturesque parks, others seek shelter in abandoned buildings. The lucky ones pay to rent rooms. Conditions vary: I learnt of one example where 70 people shared around 80sqm. They paid daily (€3), weekly (€10) or monthly (€70). Others talk of 20-30 people sharing one or two rooms.

I visit one dingy apartment on the third floor of a grey block of flats on a faded street near Victoria Square, a tense ghetto shared by immigrants and poor Greeks. The unfurnished flat is shared by 24 people including women and children, all from Iran and Afghanistan. There are no beds or even mattresses; they all sleep on a tired looking rug covering a wooden floor. Once a week they can use the shower and there is a kitchen, though they have very little to eat.

As I take off my shoes and am ushered into one of the sparse rooms, six or seven Afghani men sit around eager to tell their stories. But I’m keen to hear from the women who live this life, so I ask the men if I can speak to their wives. Two young women with tired eyes come into the room, adjusting their head scarves looking shy.

I film the interview and am surprised when very quickly they relax and begin telling their stories enthusiastically in Farsi. Later my translator Ezmerey tells me that they would have never let me film them or have spoken to me when they first arrived in Greece, but after months in a hopeless situation, they are desperate.

Like many Afghans in Greece, they have tried countries closer to home. Both women and their families lived in Iran for years before trying their luck in Europe. Having interviewed several Afghan refugees on separate occasions, a familiar pattern of discrimination and poverty has emerged about life for Afghanis in Iran. So Esmarael, 25, and her husband sold everything they owned and left the country with their three children. The toughest part of her journey was the 7-hour walk through mountains in Iran and to the border with Turkey. It took 15 days to get to Greece.

Having been in Greece for five months Esmarael feels trapped and is desperate to leave. She and her husband can’t find work, they have no social assistance from the Greek government and their applications have joined a queue of thousands, some who have been waiting a decade for a decision. Until a decision has been made on their application, they cannot leave the country legally because they have no papers. On top of that having paid their life savings to people smugglers and with little chance of finding work in Greece, they have no money. They tell people back in Afghanistan that it is better to die there than come here.

Farida, the older of the two women, says her family never intended to stay in Greece. The smugglers put them on a boat from Turkey, which was supposed to take them to Italy. After 16 hours floating aimlessly in the Aegean sea, the boat began to sink and they were rescued by Greek coasts guards and taken to one of the Aegean Islands. Four people drowned. Farida’s voice cracks, and she begins to cry and words tumble from her mouth. She is the picture of utter despair.

“We don’t have any more hope for our lives. The best hope is for our children, even though they don’t have any hope because they are so depressed living here.” She gestures towards her 9-year-old son, a silent sweet-faced boy with dark circles under wide eyes. He is ill, but every day he must go out and sell cigarette lighters. “That is the best he can do now.” 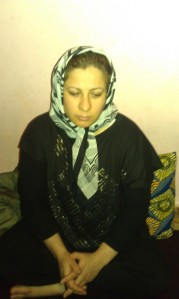 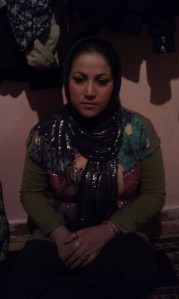 Farida’s story is one of nearly 70,000 who are waiting for the Greek government to make a decision on their case. While economic migrants form part of irregular immigration to Greece, the majority of immigrants come from Afghanistan, Palestine, Somalia, Iran and Iraq. Yet the number of asylum seekers recognised as refugees in Greece is less than 1%, the lowest in the European Union.

Lawyers say the backlog is due to the 2009 immigration law which abolished a person’s right to appeal an asylum decision. On arrival in Greece, most immigrants are arrested, their finger prints are taken, they put in detention centres and eventually released with a temporary residence permit giving them one month to leave the country. Unless they know someone in Greece already, it is nearly impossible for them to access a lawyer to help appeal the permit and make an application for asylum. (Also remember, the whole process is run by the police, including the screening of who is and who isn’t a genuine asylum seeker.)

If they do find out how to make an application, the place to do it is a centre on an industrial estate a 20-minute bus ride from the centre of Athens. The dirt road with no pavements to step on to avoid passing lorries leads to two offices, one where people apply for a work permit and the other for asylum applications. The office for work permits opens once a week on a Friday night at around 11pm. Out of a queue of hundreds, guards choose around 20 applications to process, in order of ethnicity. Europeans first, then Russians, then Albanians, and so on.

Most asylum seekers try to leave Greece for other European countries. But under the European Union’s Dublin II regulation asylum seekers are only allowed to make one asylum claim and that must be in the first EU country they enter. Up till a year or so ago, this meant border countries Spain, Italy and Greece took in the most applications. But since Spain and Italy made agreements with north African countries to take people back, it is almost impossible for migrants to enter Europe across the Mediterranean. Instead most go through Turkey and enter Europe through Greece.

So Greece is receiving around 80,000 irregular migrants a year, processing very few of them and preventing them from leaving. But they do try to leave. Drinking tea in an Egyptian bar, I watch two dark skinned men walk in with suitcases and dispirited looks on their faces. Ezmerey looks sympathetic. “You see a lot of that,” he says. People try to leave the country with whatever papers they have or with fake ID, most fail and are sent back. They try every day, he says.

What’s behind this nonsensical system? Greece is also a loser under this set up, with increased overcrowding and poverty in its inner cities. Spyros Rizakos, a Greek asylum lawyer, thinks that the Greek government adopted a “stupid mentality” where they didn’t want to be seen as a country sympathetic to refugees. At the same time they couldn’t be seen to be breaking international and European covenants protecting the rights of refugees. They only processed cases from countries they could easily reject. Others, “they preferred to have the cases pending and not take decisions. Maybe they hoped the situation in Afghanistan would improve,” Spyros shrugs bemused.

But there is hope. The new socialist government has drawn up a new asylum law, taking control of asylum and immigration away from the police and setting up a new asylum office. There will be a committee specially trained to screen asylum applicants and the UNHCR and other NGOs will be permitted to sit in on asylum interviews. The law abolishing right of appeal on asylum claims has been scrapped. And there will be a 3-6 month time limit on first instance decisions.

Having worked in asylum and refugee issues for a decade and struggled to keep his organisation afloat, Spyros is understandably cynical. As we talk in his small, bare office in Athens, a colleague takes a call from the airport. They try to be on hand to help any Dublin returnees. Last week they took on a torture victim returned from Hungary.

He thinks the new law is ambitious and expensive, which means it could take years to put in place. “Under the present situation and from our experience we doubt if these plans will be realised. We are very worried and sceptical.
“We need practical solutions that can be immediately applied and then we can see other more ambitious plans. But what we have is access blocked, the system not working, reception conditions very bad. [The government] should find ways to address this situation immediately, to address this humanitarian crisis.”

When I ask if there is any hope to be had in the EU’s implementation this year of part II of its Common European Asylum System, he is even more disparaging. If the EU wanted to force Greece to change things, they could, but they are more interested in keeping people out. He points out that the EU very quickly managed to force this government to implement a tough, unpopular austerity budget at a time of high unemployment, if they can do that, “How come they cannot do the same for the asylum system?” 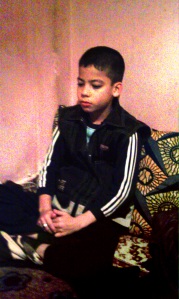